press release of Literary Lacquer- preorder Luggage For Your Journey

I am helping get the information out there about this wonderful nail polish company. I have not had a problem with any of the polishes. Please if you can find it in your heart help out and get one. It is going to a great cause you.


Sir Terry Pratchett is a literary pioneer. From his first book, The Carpet People in 1971, through his most recent 2014 release, Dragons at Crumbling Castle, Sir Pratchett continuously takes his readers out of their realities and brings them into new, fantastical worlds. His books (including those of Discworld, The Long Earth and everywhere in between) are an escape from the mundane, a thought-provoking journey and a study in foreign lands and experiences. Sir Pratchett's writings include fiction, nonfiction and fantasy for adults, young adults and children. There are several movie and radio adaptations of his works and a Discworld app, in which readers and fans can roam the streets and interact with its patrons. And at age 64, Sir Pratchett continues to delight readers with new works.
Literary Lacquers, founded by Amy Milder in 2012, is an innovative independent nail polish company . Amy's passion for literature, beauty and nail polish drive her creativity and business; all of her polishes are inspired by great literary works, passages and series. Literary lacquer polishes are all 3-free and are packaged and shipped with 100% recyclable materials (https://www.etsy.com/shop/LiteraryLacquer).
In 2007, Sir Pratchett announced to the world that he is living and writing with early onset Alzheimer's, or as he refers to it "The Embuggerance". Instead of ceasing his creativity and publicity, Sir Pratchett became a financial donor and guest blogger on Alzheimer's Research UK (http://www.dementiablog.org, http://www.alzheimersresearchuk.org), and continues to write and interact with fans via social media. Earlier this year marked the first time that Sir Pratchett cancelled a public appearance due to the effects of The Embuggerance.
To honor Sir Pratchett's work and his charity work with Alzheimer's Research UK, Literary Lacquers has designed a limited edition charity polish, Luggage For Your Journey. In the Discworld novels, The Luggage is a recurring character that travels, protects (at times voraciously) and accompanies the wizard Rincewind. The Luggage is otherworldly, and yet becomes integral into the fabric of Discworld. This polish is designed to honor Sir Terry Pratchett's amazing literary career, to thank him for the journey into other realms and to serve as a reminder that there is always a companion for life's many journeys.
The bottles of Luggage For Your Journey will be sold for $12 and $5 from each bottle will be donated to Alzheimer's Research UK. The polish will be sold as a preorder only from October 10, 2014 through October 17, 2014. 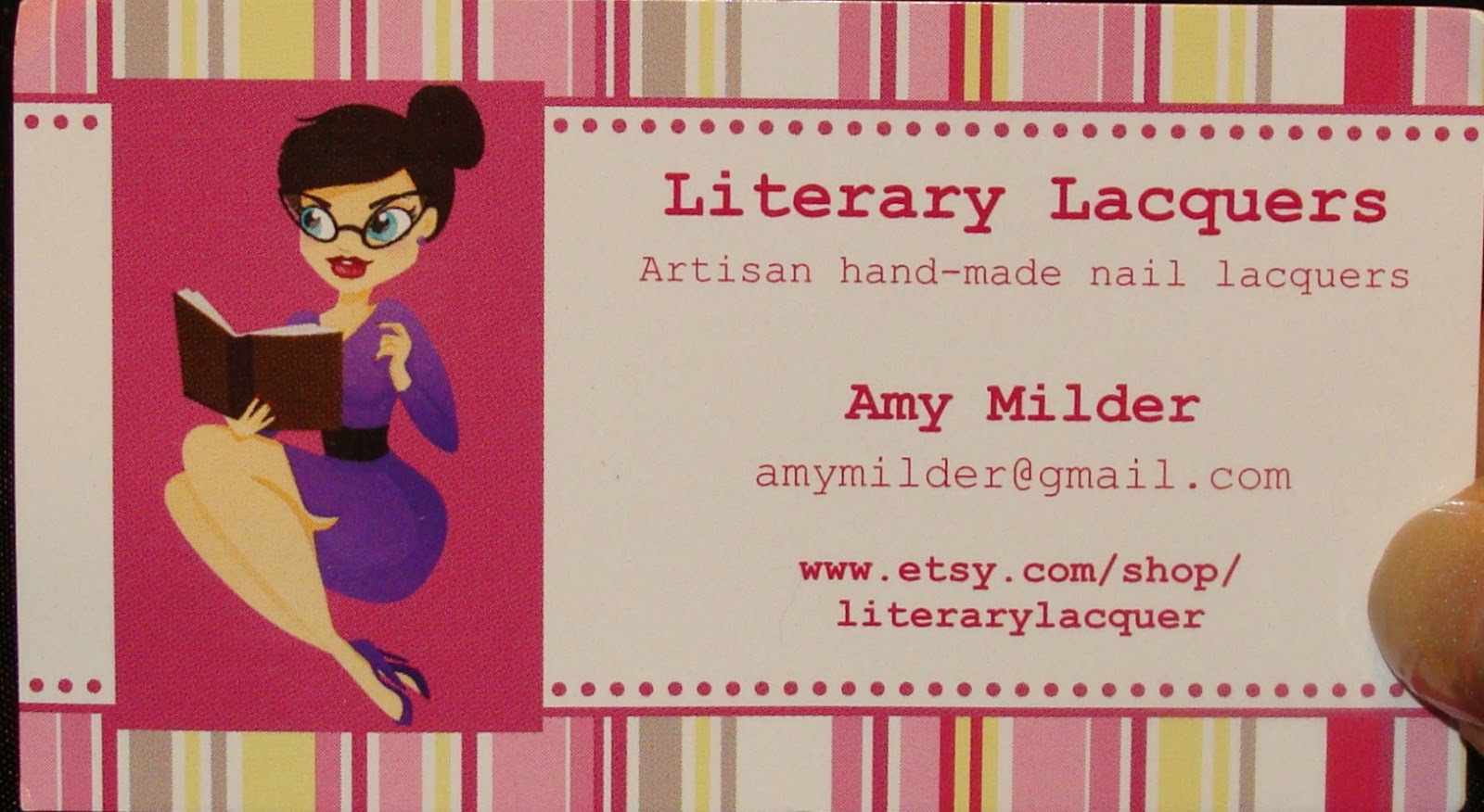